Besides being members of this ensemble,  each member continues to lead their own imaginative ensembles
PLEASE SEE BIOS below for links on each player 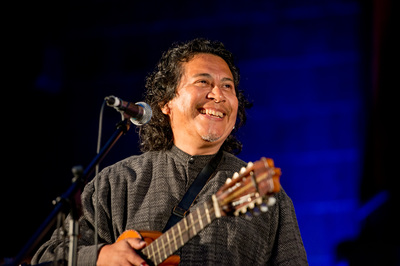 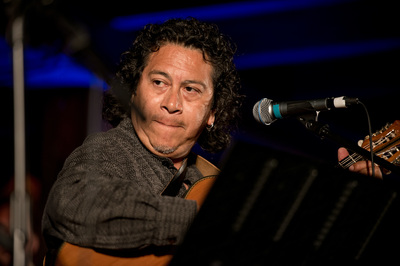 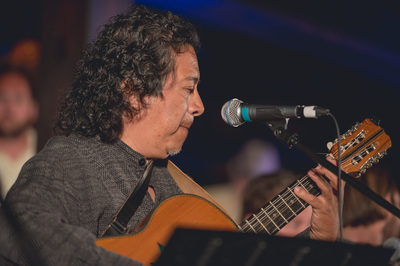 ALFREDO LOPEZ is based in Mexico and in the U.S. and is the founder and director
of the well-known folkloric music ensemble Quetzalcoatl.
http://www.lunablanca.com/eng_quetzalcoatl_about.php

He has mastered more than  20 styles of Latin American traditional music,
skillfully plays more than 30 instruments and is also a superb vocalist.
Alfredo has performed  extensively throughout Latin America, Europe and North America.
He has made on-camera appearances and composed songs which have been included
in films such as:
The Net, starring Sandra Bullock,
Luminarias, starring Scott Bakula and Robert Beltran,
and American Me, produced and directed by Edward James Olmos,
who also stars in the film,
and most recently
The Maldonado Miracle,
produced and directed by Salma Hayek for Showtime.

At the age of 13, he joined a local youth musical group playing guitar, requinto
(a small Mexican guitar) and mandolin. Soon, Alfredo mastered the tres cubano,
the national instrument of Cuba; a guitar with three pairs of steel strings, and formed a trio, Huemac,
performing Mexican and Cuban romantic popular songs in restaurants,
hotels and bars in Mexico City, Michoacán, Veracruz and Querétaro.

He began private formal musical studies and taught traditional music and dance in Mexico City
and in rural communities in Oaxaca, Jalisco, and Michoacán, at this time he was attending the Instituto Politecnico
Nacional in Mexico City and with fellow students formed the group Los Chicahuastles. Alfredo then resumed private studies,
this time with Adrian Nieto Arenas, a member of the renowned group Los Folkloristas of Mexico.

In 2002, Alfredo composed and directed the music for the pageant play “La Virgen de Guadalupe” for the
Latino Theater Company of Los Angeles. The theatre piece was directed by film and theatre director Jose Luis
Valenzuela, and was the first play to be performed at the new Our Lady of the Angels Cathedral in Los Angeles.
In addition to touring and performing with Quetzalcoatl, Alfredo teaches Latin American folkloric music in
Mexico and Los Angeles, CA. 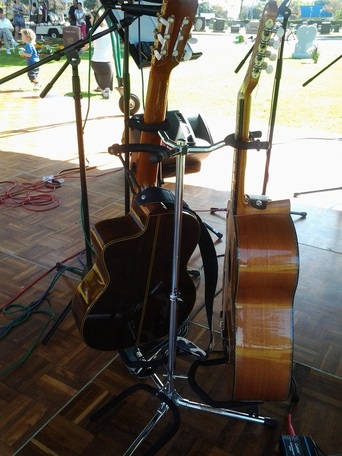 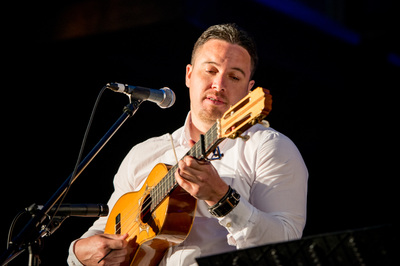 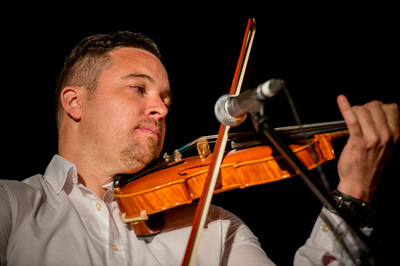 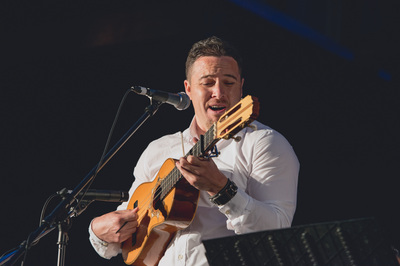 Besides being an amazing musician Jorge also holds a PHD in ethnomusicology,
is the patriarch of his familias ensemble LOS HERMANOS HERRERA
http://www.hermanosherrera.com/
and is a professor of Chicano Studies at California State University, Fullerton (CSU Fullerton)
He teaches several Chicana/o music and Mexican history classes in the Chicana/o Studies department at CSU Fullerton. 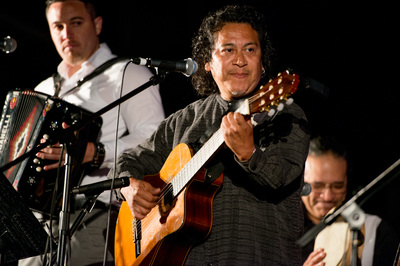 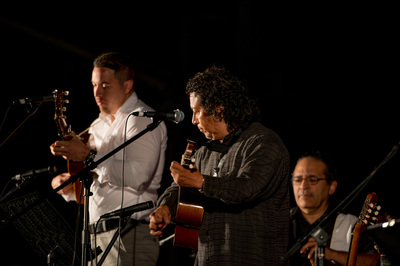 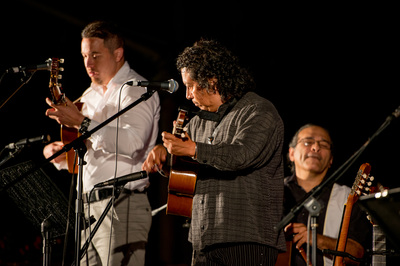 Christopher Garcia is a musician, composer, educator who continues to perform his music and others
on 5 continents bringing a unique sense of rhythm color and musicality to any musical endeavor he is
invited to perform with. 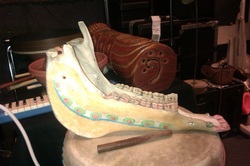